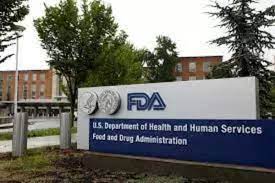 “(Itching) is really devastating for children and families dealing with this disease…and ultimately that itching is a driving factor for liver transplant decisions,” Chief Executive Officer Chris Peetz told Reuters.

Mirum priced the drug, to be made available for distribution immediately under brand name Livmarli, at $1,550 per unit. It expects the per unit annual cost at about $391,000 for a 17-kilogram child, the average weight of patients in its studies.

The dosing for the drug will be prescribed by physicians based on a patient’s weight.

Mirum executives estimated a total market opportunity of about $500 million for the indication.

Faroohar said that Albireo Pharma’s (ALBO.O) oral therapy Bylvay is the closest competitor to Livmarli, but currently being tested in a late-stage study for ALGS.

In July, Bylvay received U.S. Food and Drug Administration’s approval for treatment of another liver disease called Progressive familial intrahepatic cholestasis (PFIC) and is priced at $385,000 per year.

ALGS is a rare genetic disorder in which bile ducts are abnormally narrow, malformed and fewer in number, which lead to bile accumulation in the liver.

Livmarli works by blocking an important bile acid transport protein on the surface of the small intestine, which directs more bile acids out of the body through feces.

The drug’s approval includes information about serious side effects including changes in liver tests which often indicate liver injury.