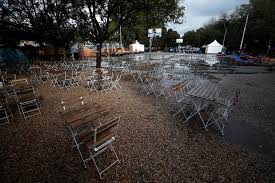 Italian Prime Minister Giuseppe Conte will announce on Sunday another set of measures to counter the new wave of COVID-19 cases, his office said, after the country registered a new daily record in infections on Saturday.

Conte’s office said the government is discussing new restrictions with local and health authorities, aiming to stem contagion while limiting the impact on individuals and businesses.

Italy was the first major European country to be hit by COVID-19 and had managed to get the outbreak under control by the summer thanks to a rigid two-month lockdown on business and people’s movement. But infections have soared in recent weeks.

The country posted 10,925 new infections on Saturday, according to the health ministry, its highest daily tally so far, up from the previous record of 10,010 cases posted on Friday.

Government ministers have ruled out a repeat of the lockdown imposed at the start of the crisis but officials have looked at a range of alternative measures to reduce social contact.

The head of the northwestern region of Liguria, Giovanni Toti, said on Facebook the government would urge schools to alternate between online and in-person lessons and tell companies to increase remote working.

The government has already toughened restrictions twice in 10 days, making wearing masks mandatory outside the home and imposing limitations on public gatherings, restaurants, sports, and some school activities.

According to Italian newspapers, the new restrictions could also target non-essential activities including gyms, pools and amateur sporting events.

Italy has the second highest death toll in Europe after Britain, with 36,474 deaths since the outbreak flared in February, according to official figures.