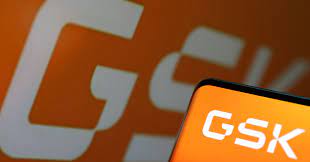 GSK  to switch to third-party distribution of medicines in Kenya

NAIROBI, Oct 13 (Reuters) – Britain’s GSK (GSK.L) will close its commercial operations in Kenya next year as it moves to a third-party distribution model for its medicines and vaccines, the firm said on Thursday.

The pharmaceutical major’s decision will not affect its consumer healthcare business Haleon, which produces brands like Panadol and Sensodyne in Nairobi, it said.

The local Business Daily newspaper had earlier reported that the company will close down its production plant in Nairobi.

The manufacturing facility in Kenya is operated by Haleon and GSK was importing medicines and vaccines, whose sales were being handled by its management office, which will shut down.

“We will move to a direct distribution model and our operations will be transferred to third-party distributors,” GSK said, attributing the decision to periodic reviews of its operations.

The closure of commercial operations will cause some job losses, GSK said, without providing any numbers.