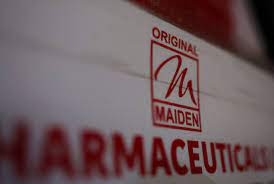 NEW DELHI, Oct 13 (Reuters) – New Delhi is “seriously investigating” the deaths of 69 children in Gambia in the wake of a report that provisionally linked the fatalities to Indian-made products, the South Asian nation’s foreign minister told his Gambian counterpart on Thursday.

Indian health authorities announced a production halt at domestic company Maiden Pharmaceuticals’s factory in Sonepat in northern India on Wednesday after a WHO report said its cough and cold syrups might be linked to the deaths of 69 children in Gambia.

The matter “is being seriously investigated by appropriate authorities,” India’s foreign minister S Jaishankar said in a tweet.

The deaths, the worst involving drugs made in India, are a blow to an industry whose exports more than doubled in the last decade to hit $24.5 billion in the fiscal year through March.

Known as a “pharmacy of the world”, India supplies 45% of all generic medicines to Africa.

The WHO issued a medical product alert last week asking regulators to remove Maiden goods from the market.

Maiden, which has two other factories in the state, has an annual production capacity of 2.2 million syrup bottles, 600 million capsules, 18 million injections, 300,000 ointment tubes and 1.2 billion tablets at its Haryana factories, according to its website.