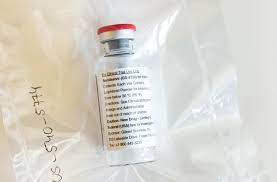 When it comes to trials of any drug, size matters, potentially giving the World Health Organization’s (WHO) gloomy verdict on Gilead Sciences’ COVID-19 treatment remdesivir an edge over the company’s more positive data, leading scientists say.

Gilead’s drug – an antiviral originally developed to treat Ebola – showed no benefit on survival rates, according to the results of the world’s largest randomized clinical trial of potential COVID-19 drugs run by the WHO.

A striking factor of the results was the apparent difference to the company’s own study, published in full last week, which showed the treatment cut recovery time by five days compared with patients who got a placebo.

In its response to the data, the U.S. drugmaker questioned the accuracy of the WHO study, spurring a debate about what makes a trial more accurate.

“This provides more evidence that remdesivir is no panacea,” said Peter Galle, a professor at Mainz University teaching hospital in Germany.

While the results appeared, at face value, to differ from the findings in a Gilead trial published in the New England Journal of Medicine last week, experts said findings were not inconsistent.

The WHO’s multi-country Solidarity trial was, however, bigger and better, they said, and hence more able to give reliable results.

In the Solidarity trial, four different potential COVID-19 treatments were studied in more than 11,000 patients at 405 hospitals in 30 countries.

Gilead said other trials of remdesivir, including the one released last week with 1,062 patients that compared it with a placebo, showed the treatment cut COVID-19 recovery time.

Yet crucially, experts said, the Solidarity data add both longer-term follow up and weight of evidence to whether and in what circumstances remdesivir might help COVID-19 patients.

“And the results are quite clear: There’s no impact of remdesivir on survival overall,” he told Reuters. “So if you look at how many lives would I save if I treated 100 people with remdesivir, the answer is not very many.”

Andrew Hill, an expert in pharmacology at Britain’s Liverpool University, noted that originally only short-term data was reported from Gilead’s trial.

“But when the longer term follow up results were added in, the death rates started to rise for remdesivir,” he said.

The Solidarity data also showed that three other drugs being tested in COVID-19 patients – malaria drug hydroxychloroquine, an HIV drug combination lopinavir/ritonavir, and interferon – also offered little or no benefit.

Richard Peto, an independent statistician hired by the WHO to scrutinize its Solidarity results, said the trial’s size and design were very robust.

“The quality in terms of getting reliable randomization, and reliable follow-up, is excellent,” he said. “This is real world evidence.”