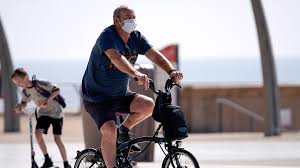 Lancashire has agreed a deal to enter Tier 3 – the highest level of England Covid restrictions, the BBC has been told.

It will become the second part of England, after the Liverpool City Region, to go into Tier
3.

The “very high” alert level measures include pub closures and bans on household mixing indoors, in private gardens and most outdoor venues.

The move comes as talks between Greater Manchester leaders and central government over putting the region into Tier 3 have stalled.

On Thursday, London, Essex, York and parts of Surrey, Derbyshire and Cumbria were moved up to Tier 2 and will face tougher measures from Saturday.

The new three-tier system sees every area of England classed as being on medium, high or very high alert – also known as Tiers 1 to 3, respectively.

Medium alert means areas are subject to the national restrictions currently in force, including the rule of six on indoor and outdoor gatherings and the 22:00 closing time for pubs, bars and restaurants.

In addition to these restrictions, in areas on high alert – including north-east England, much of the North West and parts of the Midlands, along with West and South Yorkshire – different households are not allowed to mix indoors.

Pubs and bars will be closed unless they are serving substantial meals and there is also guidance against travelling in and out of the area.

Further restrictions may be agreed for particular regions in the top tier and in the Liverpool City Region gyms, leisure centres, betting shops and casinos have also been forced to close.
SOURCE: BBC