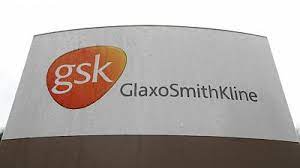 April 5 (Reuters) – The U.S. health regulator said on Tuesday GlaxoSmithKline (GSK.L) and Vir Biotechnology’s (VIR.O) antibody therapy was no longer authorized as a COVID-19 treatment, with data suggesting it was unlikely to be effective against the dominant Omicron sub-variant in the country.The move by the agency, which had already pulled its authorization for the sotrovimab therapy in much of the U.S. northeast last month, sent shares in Vir Biotechnology 11.5% lower.The highly contagious BA.2 coronavirus sub-variant is estimated to make up about three of every four COVID-19 cases in the United States, according to the latest government data. GlaxoSmithKline and Vir have said treatment with sotrovimab retains neutralizing activity against the BA.2 sub-variant, but others, including researchers from Columbia University, disagree.Vir Biotechnology in a filing with the Securities and Exchange Commission said the two companies were preparing a package of data to support the use of a higher dose of sotrovimab for the Omicron BA.2 sub-variant, which will be shared with regulators globally, reiterating the companies’ plan from last month. Vir still expects to recognize about $1.1 billion in collaboration revenue when sotrovimab doses are delivered in the first half of 2022.The companies also plan to submit an application for full approval of the drug in the second half of the year, and expect to start two late-stage trials in the second quarter to assess whether sotrovimab can prevent symptomatic COVID-19 infection in immunocompromised patients, Vir said.GSK spokeswoman Lyndsay Meyer said the company will continue to work with governments and health systems, and ensure ongoing access to sotrovimab.