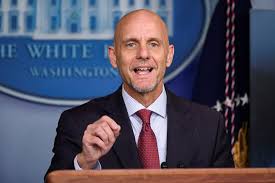 The head of the U.S. Food and Drug Administration (FDA) is willing to fast-track a COVID-19 vaccine as quickly as possible, the Financial Times reported him as saying in an interview published on Sunday. Dr. Stephen Hahn, the FDA Commissioner, said his agency was prepared to authorize a vaccine before Phase Three clinical trials were complete, as long as officials are convinced that the benefits outweigh the risks, the newspaper reported on.ft.com/3b8Uq8I.Without providing evidence, U.S. President Donald Trump last Saturday accused members of a so-called “deep state” working within the FDA of complicating efforts to test COVID-19 vaccines in order to delay results until after the Nov. 3 presidential election. A day later, the FDA gave “emergency use authorization” of a coronavirus treatment that uses blood plasma from recovered patients. “Our emergency use authorization is not the same as a full approval,” Hahn told the FT, adding that his decisions will not be made because of political pressure. “This is going to be a science, medicine, data decision. This is not going to be a political decision,” Hahn said, according to the report. He said the safest way for the vaccine to be available for use before the end of Phase Three trials, which involve thousands of patients and can take years, would be by issuing an emergency authorization for use by certain groups rather than a blanket approval, the FT reported.