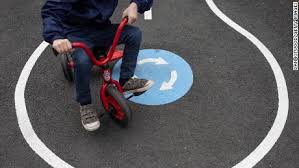 Severe illness and death remain rare in children with Covid-19, a new study suggests, while disparities do appear in kids who may require critical care or suffer complications. Pediatricians described the findings as reassuring as children accounted for fewer than 1% of some coronavirus cases in England, Wales and Scotland; and only 1% of those children died, the researchers reported. The researchers — from various UK institutions — analyzed data on 651 Covid-19 patients under the age of 19 who were admitted to 138 hospitals across England, Scotland and Wales between January and July. These young patients accounted for 0.9% of all patients in those hospitals at the time, the researchers noted. Six of those young patients — or 1% — died in hospital. In comparison, 27% of Covid-19 patients of all ages died over the same time period, the researchers noted in their study, published in the British medical journal BMJ on Thursday. Overall, 18% of the young patients needed critical care and “Black ethnicity was significantly associated with admission to critical care,” the researchers noted. The most common symptoms the young patients had were fever, cough, nausea or vomiting, and shortness of breath. The researchers found that 52 patients — or 11% — met the criteria for multisystem inflammatory syndrome in children, or MIS-C, a troubling complication of Covid-19 in which different body parts can become inflamed. Children who may have had MIS-C were significantly older than those who did not and were significantly more likely to be of non-White ethnicity, the researchers found. Children with MIS-C were also five times more likely than others to be admitted to critical care. Reassured” This is an observational study of hospitalized children. The limitations include that not all cases may have been captured. This also does not account for the true prevalence of significant COVID-19 infection in children,” Athimalaipet Ramanan, honorary professor of pediatric rheumatology at the University of Bristol, said in a written statement distributed by the UK-based Science Media Centre on Thursday. “However, on balance it’s an important study as it is likely most children with significant illness would have presented to the hospitals,” said Ramanan, who was not involved in the new study. Dr. Liz Whittaker, infectious disease lead at the Royal College of Pediatrics and Child Health in Britain, who was not involved in the study, called the findings “reassuring. ““Very low numbers of children have been admitted to critical care and the researchers reported a very low death rate — particularly in comparison to adults,” Whittaker said in another written statement distributed by the Science Media Centre. “On the whole, parents and paediatricians should be reassured by the findings of this paper. “It was unclear which patients were admitted to the hospital directly for coronavirus infection and which had been admitted for other reasons but happened to test positive for the virus. More research also is needed to determine whether similar findings among young patients would emerge in other parts of the world.