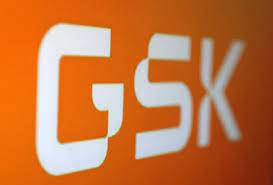 Oct 7 (Reuters) – The U.S. Food and Drug Administration on Friday allowed the use of GlaxoSmithKline’s (GSK.L) Boostrix vaccine during the third trimester of pregnancy to prevent whooping cough in infants younger than two months of age.

“When the Boostrix vaccine is given during pregnancy, it boosts antibodies in the mother, which are transferred to the developing baby,” the agency said.

While FDA’s approval of Boostrix has always included its use during pregnancy to protect the vaccinated individual, the latest decision expands its use to help prevent pertussis, commonly known as whooping cough, in infants younger than two months.

The health regulator had first approved the vaccine in 2005, for use in adolescents ages 10 years through 18 years as a single dose-shot to prevent tetanus, diphtheria, and whooping cough, and later allowed its use in adults as well as for those aged 65 and older.

According to the Centers for Disease Control and Prevention (CDC), 4.2% of the total cases of pertussis – a common respiratory disease – reported in the United States in 2021 were in infants younger than 6 months of age