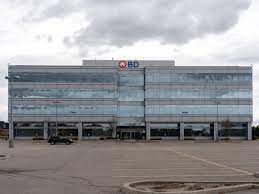 Becton recalls some sterilization containers due to quality breach

Oct 7 (Reuters) – Becton Dickinson & Co (BDX.N) is recalling some models of its sterilization containers sold under the Genesis Sterrad brand in the United States and Canada, the company said on Friday, citing “discrepant test results” during an internal quality assessment.

The company said it had found the recalled product models had conflicting results for a quality test known as aerosol challenge in 2011.

Becton said the aerosol challenge, in which the containers are exposed to aerosol particles to check whether they enter, was not a required test by the U.S. Food and Drug Administration when the products were originally cleared.

The Genesis Sterrad line of reusable containers, which Becton acquired in 2015 as part of its $12 billion takeover of CareFusion Corp, are used by hospitals for storing surgical instruments before and after sterilization.

Becton said there have been no reports of adverse events associated with this issue and it has shared the discrepant test results with the U.S. health regulator before initiating the recall.

The products subject to recall represent less than 1% of total sterilization container units sold over the last five years and would have no material financial impact on the company, Becton told Reuters.

“It is very unlikely that a number of products are still in use, as most hospitals have moved away from these discontinued Sterrad systems over the past several years,” the company said.

The recall was first reported by Wall Street Journal, citing a company letter to customers sent this week.