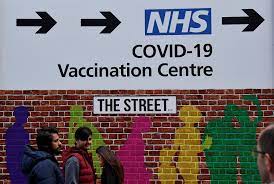 LONDON, April 1 (Reuters) – The prevalence of COVID-19 among people in England rose to its highest since the pandemic began in 2020, data from Britain’s Office for National Statistics showed on Friday.One 1 in 13 people were believed to have the coronavirus in the week ending March 26, the fourth consecutive increase and higher than 1 in 16 recorded in the previous week. The ONS estimated 4.1 million people in England had COVID-19.The reading came on the day that free testing for COVID-19 ended for the general public. A self-test kit costs now typically around 2 pounds ($2.63), while a PCR test at a lab could cost between 40 and 90 pounds.Opposition Labour Party leader Keir Starmer has cautioned that ending free testing could mean fewer people get tested when they have symptoms.The government has said healthcare workers, social care staff and the most vulnerable will still get tests without any charge.$1 = 0.7613 pounds)