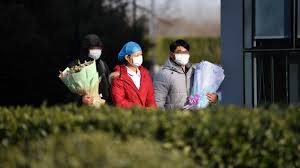 DXY is exactly what Beijing has said it’s looking to support after it pinpointed remote healthcare, Internet and technology as drivers to solve its healthcare woes in a 5-year roadmap in March.

The reality is rather different: DXY is curbing plans to work with public hospitals to help connect doctors and patients online because of a lack of support by Beijing and obstacles working with China’s huge, fragmented public healthcare sector.

“We’ve heard a lot of good stories from the top – Internet +, driving force, policy changing – but see nothing happen at the bottom,” Li told Reuters. “It’s not about market, capital or even tech – these things are already developed very well … rather it’s the regulations, laws and systems of support.”

Li’s position reflects wider obstacles to healthcare reforms in technology, online drug sales, hospital privatization and doctors’ pay, drivers that are a major lure for investors and firms betting billions of dollars on China opening up a market set to be worth around $1.3 trillion by 2020.

“[Investors] always ask: is there actually a macro tailwind, and is the government and regulatory environment – which is very important in China – supportive of this?” said Alexander Ng, associate principal at McKinsey & Co.

“If there’s a lot of negative voices it might make investors back off or calculate a much higher risk premium.”

China has ramped up its healthcare reform rhetoric, touting greater access for foreign investors to healthcare services, a bigger role for technology and pushing drug sales from mostly state-run hospitals towards the retail market.

This has helped draw in close to $30 billion worth of healthcare merger and acquisition investment so far this year, a fivefold leap from the same period in 2014, according to Reuters data. Healthcare M&A already leapt last year.

But, despite the government’s longer-term ambitions, industry insiders say reforms are being held up because of technical issues such as crumbling and fragmented IT systems to in-fighting between regulators and push-back from the state-run firms who dominate the sector – and don’t want change.

Privately, some health policy advisers admit reforms are falling behind, while the public line is that reform has “hit up against the Yangtze River”, a reference to the obstacle famously overcome by Mao Zedong’s Communist forces in 1949.

The healthcare ministry did not respond to faxed queries seeking comment for this article.

Zhao points to the expected approval for online prescription drug sales, which he and other industry insiders say has been delayed this year due to regulatory concerns and opposition from state-run hospitals and distributors.

These hold-ups are a frustration for pharmacy chains like Jo Jo as it looks to increase its business online, but also for tech giants like Alibaba Group Holding Ltd, which wants to get into the online prescription drug space.

One big draw for investors has been China’s privatization drive of healthcare services – touted as key to revamping an unpopular healthcare system, blighted by crowded hospitals, corruption and simmering tension between patients and staff.

But, despite the fast growth of private investment in hospitals, the public sector still dominates around 90 percent of all patient visits, according to a Deutsche Bank 2015 healthcare report. Investors cite issues with insurance schemes, access to Chinese doctors and a still tightly-controlled market.

“With things still not market-led, organizations like ours are facing huge challenges and difficulties,” Hu Lan, President and Director of hospital investment firm AMCARE Corporation, said at a conference in Shanghai in June.

Healthcare spending as a slice of China’s GDP also remains small at around 6 percent in 2013 compared to 17 percent in the United States, World Health Organization (WHO) data show.

Reforms to reduce hospitals’ reliance on drug sales also faces a revolt from doctors who argue this will take away a key revenue stream at a time when medical staff are overworked, underpaid and often violently abused by angry patients.

“Every few days you hear about a doctor being beaten or even killed. This situation is a huge mental burden for doctors,” said Wu Xiaobo a doctor at the Wangjing Hospital in Beijing in a recent viral video campaign for doctors’ rights.

As for DXY’s Li, his firm now plans to change tack and set up an offline clinic in the eastern city of Hangzhou this year to pilot potential healthcare reforms – outside the state sector.

“We were hoping we could leverage changing policy and do something on mobile and digital,” Li said. “We found it’s just too slow, so the only way to do it is out on our own.”