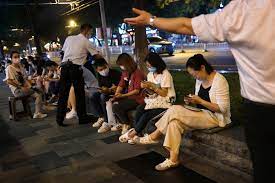 BEIJING, Aug 19 (Reuters) – China reported on Thursday 46 new confirmed coronavirus cases in the mainland for Aug. 18, compared with 28 a day earlier, according to the National Health Commission.

Of the new infections, five were locally transmitted, down from six a day earlier. Three of them were in Jiangsu province, while one in Shanghai and another in Yunnan province.

China reported 30 new asymptomatic coronavirus cases, which it does not classify as confirmed infections, up from a day earlier. All of them were imported cases from overseas.

No new deaths were reported. As of Aug. 18, mainland China had recorded 94,546 confirmed cases, with the cumulative death toll unchanged at 4,636.