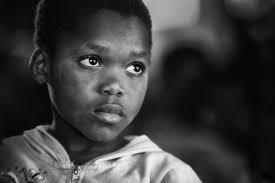 Children are half as likely to die before their fifth birthday now than they were in 1990, researchers said on Wednesday, but a United Nations target has not been met.

Of all under-five deaths, almost half occur during a baby’s first four weeks, said a new report by the World Health Organisation (WHO), World Bank and United Nations, with one million babies dying per year on the first day of life.

“In order to get that further down, we need to focus on neonatal mortality, said Flavia Bustreo, the WHO’s assistant director general.

This makes early interventions by healthcare professionals to tackle killers like asphyxia and sepsis critical, as well as encouraging breastfeeding and early immunisations, Bustreo told the Thomson Reuters Foundation.

The report came as leaders prepare to meet in New York later this month to adopt the Sustainable Development Goals (SDGs), a new plan of action for ending poverty.

Covering the next 15 years, the SDGs replace the Millennium Development Goals (MDGs), which expire this year.

One of the MDGs was to cut the death rate of under-fives by two-thirds between 1990 and 2015. The rate fell by 53 percent, according to Wednesday’s report.

“But the far too large number of children still dying from preventable causes before their fifth birthday … should impel us to redouble our efforts to do what we know needs to be done.”

Nearly half of all under-five deaths are associated with malnutrition, said the study, which also said the rate of improvement is accelerating, with child mortality falling quicker since the millennium than it did in the 1990s.

Under-fives in sub-Saharan Africa are 12 times more likely to die than those in rich countries. Nevertheless, many poor African countries, including Ethiopia, Uganda and Tanzania, hit the two-thirds target.

“We know how to prevent unnecessary newborn mortality,” said the WHO’s Bustreo. “Quality care around the time of childbirth … can save thousands of lives every year.”

Around 16,000 children under five still die each day.