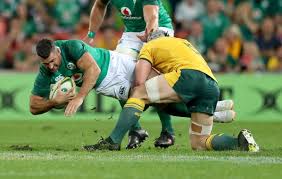 About 2 million people in Brisbane, the country’s third largest city, will be required to stay home from 5 p.m. local time except for essential work, healthcare, grocery shopping or exercise.

National Rugby League (BRL) team Brisbane Broncos have booked a charter flight out of Brisbane for 50 players and staff, and will base themselves in Sydney for at least the next two weeks, the club said.

The Broncos will train in Sydney before heading down to Victoria state for Friday’s match against champions Melbourne Storm.

“The players and staff have taken the changes in their stride, and while it’s tough on many of our team with young families, they are keen to get on the road and prepare for a great challenge against the Storm,” Broncos Chief Executive Neil Monaghan said in a statement.

The Broncos had been in home isolation since beating Canterbury at Lang Park over the weekend, and all had been cleared of COVID-19 after testing.

Queensland’s state cricketers also booked an earlier flight out of Brisbane on Monday to head to Sydney for their one-day and Sheffield Shield matches against New South Wales.

Australian Football League (AFL) team Brisbane Lions will remain in Victoria, having awaited developments since their match against Geelong Cats on Friday.

Their home match against Collingwood Magpies on Thursday has been switched from the Gabba to Melbourne’s Docklands stadium, the AFL said.

A-League soccer team Brisbane Roar said they were consulting with the league regarding their scheduled home match against Western Sydney Wanderers on Saturday.

Super Rugby team Queensland Reds, who beat the New South Wales Waratahs in Sydney over the weekend, may also need to alter travel plans and head directly to Melbourne for their match against the Rebels on Saturday.

Queensland officials reported four new locally transmitted COVID-19 cases on Monday, taking the cluster of cases linked to the UK variant to seven. The first case in the new cluster was reported on Friday.