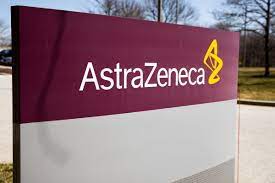 Reuters – AstraZeneca Plc’s drug Lynparza reduced the risk of relapse and death in breast cancer patients with certain mutations in a late-stage trial, the British drugmaker said on Thursday.

The results, published in The New England Journal of Medicine, showed that the drug reduced the combined risk of recurrence of cancer or death from any cause by 42% compared to a placebo.

Lynparza, developed with Merck & Co Inc, generated more than $1 billion in sales last year for AstraZeneca and has become one of the top growth drivers for the drugmaker.

The treatment belongs to a class of drugs called PRAP inhibitors that stop cancer cells from repairing themselves after damage from chemotherapy.

In February, the World Health Organization said that breast cancer has overtaken lung cancer as the most common form of the disease and accounts for nearly 12% of new cases each year worldwide.

U.S.-listed shares of AstraZeneca were up 1.33% in extended trading.Reporting by Mrinalika Roy in Bengaluru; Editing by Shinjini Ganguli