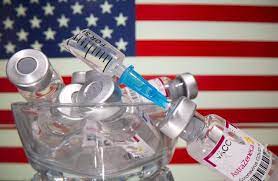 (Reuters) – AstraZeneca said on Tuesday it has agreed to supply up to half a million additional doses of its experimental antibody-based COVID-19 combination treatment to the United States for $205 million.

In October, the Anglo-Swedish drugmaker and U.S. government agencies had initially agreed for a supply of 200,000 doses. The extension brings potential U.S. supplies of the treatment to 700,000 doses and the total value of the deal to $726 million.

The treatment, AZD7442, is a combination of two monoclonal antibodies and has not been approved for use as yet, AstraZeneca said, adding that the new agreement is contingent on an approval by the U.S. Food and Drug Administration.The company said it does not expect any changes to its 2021 forecasts because of the deal.