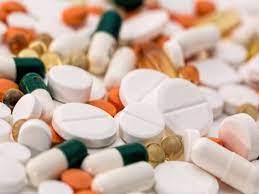 (Reuters) -Amarin Corp Plc said on Monday it would cut its workforce by 40%, as the drugmaker’s fish-oil derived heart drug faces stiff competition from generic rivals in the United States.About 65% of Amarin’s U.S. commercial team will be laid off as a result.“While we continue to see value in branded Vascepa in the U.S., the current operating landscape remains challenging with uncertainty related to future revenue from the U.S. business,” Chief Executive Officer Karim Mikhail said in a statement.Last year, the U.S. Supreme Court declined to hear Amarin’s appeal of a patent loss around Vascepa, handing a win to generic drugmakers Hikma Pharmaceuticals PLC and Dr. Reddy’s Laboratories Ltd.Amarin had sued Hikma and Dr. Reddy’s in 2016, alleging that their proposed generic versions of Vascepa would infringe on the company’s patents.The U.S. patent loss led to a drop in sales of Vascepa in the full year ended December, dragging Amarin’s revenue by 4%.Still, the job cuts and streamlined look expenditure will help lower operating costs by about $100 million over the next year, backing Amarin’s plans to boost Vascepa’s uptake in Europe and other markets.As of Dec. 31, the company had about 560 full-time employees across 10 countries.