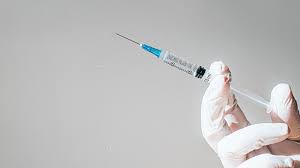 PRISTINA (Reuters) – Hundreds of health workers from Kosovo travelled to Albania on Saturday to be inoculated against COVID-19 after the neighbouring country offered to donate some of its supplies.

Kosovo, where Albanians are a majority, is the only country in Europe that has not started a vaccination programme. Its inoculation plans depend on the World Health Organization (WHO) co-led COVAX vaccine access scheme.

Albania’s Prime Minister Edi Rama said his country would allocate a total of 500 of AstraZeneca’s COVID-19 vaccines for Kosovar health workers this weekend, and has pledged more in the near future.

Kosovo has around 11,000 doctors and nurses.“It is important to start with (Kosovo’s) doctors because they are more in danger,” Rama told reporters in the northern Albanian town of Kukes where vaccines were administered.

In neighbouring Serbia, hundreds rallied in the capital Belgrade against a shutdown of cafes, restaurants, clubs, non-essential shops and some small businesses, imposed by the government to curb the virus from spreading, and a nationwide vaccination campaign.

Most of the protesters in the crowd in Belgrade’s main square did not wear face masks, despite around 4,000 daily infections in Serbia which are straining the health system.

Serbia, with a population of around seven million, has so far delivered at least one dose of vaccine to over 1.8 million people. It has registered 546,986 COVID-19 cases and 4,900 deaths.