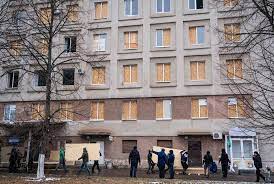 GENEVA (Reuters) -The World Health Organization (WHO) has confirmed seven attacks on health care infrastructure in Ukraine since the start of a Russian invasion on Feb. 24, up from four the previous day, the U.N. agency said in an emailed response to Reuters on Monday.“As of 7 March, nine verified incidents of attacks on health care in Ukraine have been published on the Surveillance System of Attacks on Healthcare (SSA), seven with “Confirmed” certainty level, and two with “possible” certainty level,” a WHO official said in an email, referring to its database. That was up from four confirmed attacks on the WHO website the previous day.WHO director-general Tedros Adhanom Ghebreyesus said on Twitter on Sunday that “several” attacks had occurred, without giving details, adding they were a violation of international humanitarian law.The WHO official gave no information on the perpetrators since its surveillance system has no mandate to collect information on them.Six of the seven confirmed attacks involved heavy weaponry, the database showed. One involved individual weapons, such as grenades or improvised explosive devices, on an ambulance on Feb. 26. The confirmed attacks together caused six deaths and 12 injuries.“They (health facilities) are protected by the international humanitarian law but it is still happening again,” Francesco Rocca, president of the International Federation of Red Cross and Red Crescent Societies told journalists on Monday. “This is very sad.”