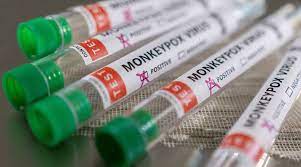 WHO asks countries to increase surveillance for Monkeypox

May 26 (Reuters) – About 200 confirmed and more than 100 suspected cases of Monkeypox have been detected so far outside of the countries where it usually spreads, a World Health Organization official said on Thursday, urging countries to increase surveillance for the infectious disease.Monkeypox, a mild viral infection, is endemic in the African countries of Cameroon, Central African Republic, Democratic Republic of Congo, and Nigeria.The recent outbreak in non-endemic countries has raised concerns. The strain circulating globally is thought to have a fatality rate of around 1%, although effective vaccines and treatments are available.Talking during an online briefing, WHO’s senior epidemiologist Maria Van Kerkhove said cases have so far been detected in more than 20 non-endemic countries, adding that the agency expected the numbers to go up.”We expect more cases to be detected. We are asking countries to increase surveillance…This is a containable situation. It will be difficult, but it’s a containable situation in the non-endemic countries.”