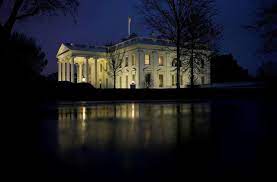 (Reuters) – A top White House official on Tuesday urged state governors to work with the U.S. Food and Drug Administration to extend the shelf life of Johnson & Johnson’s COVID-19 vaccine as millions of unused doses nationwide near expiration.

“I would encourage every governor who has doses that they worry may be expiring to work with the FDA directly on the proper storage procedures as they continue to examine processes that will allow them to potentially last longer,” White House COVID-19 Advisor Andy Slavitt said on a Tuesday press call.

The FDA is working on plans to safely store the unused J&J vaccines, he added.

J&J has said it is conducting ongoing stability assessment studies that could allow it to push out the expiration dates for its one-shot vaccine.

Safety concerns about J&J’s shot and flagging demand for vaccinations have left close to half of the 21 million doses the company has produced for the United States sitting unused.

Demand for all the vaccines has slowed since mid-April, but the drop has been significantly steeper for the J&J shot.

Reuters reported that at least 13 lots of J&J shots have expiration dates of June 27 or earlier. It is not clear how many doses that reflects. J&J has another 100 million doses on hand but shipment timing is uncertain.

Ohio Governor Mike DeWine said in a statement released on Monday that his state had around 200,000 J&J doses set to expire on June 23. He urged Ohioans to get the shot, adding that the state does not have the legal option to send the vaccine to other states or countries.

The expiring doses account for around 30% of all the J&J doses that Ohio has received so far. Just under 400,000 people in Ohio have received the J&J shot as of Monday, according to CDC data.

The White House is attempting to further ease access to COVID-19 shots by helping distribute them at workplaces around the United States, Slavitt added.

The United States is progressing quickly in its vaccination campaign even as much of the rest of the world struggles to get shots in their residents’ arms.

More than a dozen U.S. states have given at least one COVID-19 shot to 70% of adults or more, Slavitt said on Tuesday.

As of Monday, 63.7% of U.S. adults have received at least one dose, as the nation attempts to hit President Joe Biden’s goal of 70% by July 4 amid slowing demand.