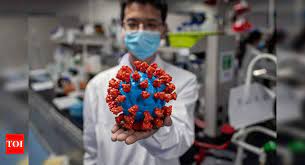 Prime Minister Boris Johnson on Tuesday praised the “great spirit” shown by Britain in tackling COVID-19, marking a year since the first lockdown by saying everyone’s efforts had allowed the country to start “on the cautious road” to easing restrictions.

When Britain suffered one of the highest death tolls from the coronavirus, Johnson came under fire for moving too slowly last year. But since then, his government has overseen a successful vaccine rollout, reaching more than half of the adult population.

Germany is extending its lockdown until April 18 and calling on citizens to stay at home for five days over the Easter holidays to try to break a third wave of the COVID-19 pandemic, Chancellor Angela Merkel said early on Tuesday.

Talks had dragged on for hours as Merkel and state leaders were at loggerheads over whether to ease restrictions on domestic travel over the Easter holiday season. Merkel said Germany was in a race against time to vaccinate its population before new coronavirus variants took over.

Israel and New Zealand have given interim approval for the sale of biotech firm SaNOtize Research and Development’s Nitric Oxide Nasal Spray (NONS) which could help prevent transmission of the COVID-19 virus, the company said on Monday.

Last week, SaNOtize and Ashford and St Peter’s Hospitals NHS Foundation Trust in Surrey, UK announced results of clinical trials showing that NONS was an effective antiviral treatment that could prevent the transmission of COVID-19, shorten its course, and reduce the severity of symptoms and damage in those already infected.

South Korea’s President Moon Jae-in received AstraZeneca’s coronavirus vaccine on Tuesday ahead of an overseas trip, as the country began inoculating more senior citizens and health workers in an effort to accelerate its vaccination drive.

Moon, 68, got the shot from a community clinic near his office in Seoul to prepare for a planned visit to the United Kingdom for a G7 summit in June. British Prime Minister Boris Johnson has invited South Korea, India and Australia to attend the summit as guests.

The coronavirus variant first identified in the UK, known as B.1.1.7, has been linked to severe cases of heart disease in pets who appear to have caught the infections from their humans, veterinarians near London report.

Between mid-December and February, mirroring the emergence and spread of B.1.1.7, the vets noticed a sudden surge of cats and dogs with myocarditis, a serious inflammation of the heart. Many owners of these affected pets had a recent history of confirmed COVID-19.

Myocarditis in pets remains rare, and in all of these cases it appears that the infections were passed from people to pets, and not vice versa, said co-author Dr. Luca Ferasin of The Ralph Veterinary Centre in Marlow, Buckinghamshire.