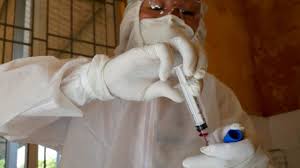 What you need to know about the coronavirus right now – Reuters

A medical specialist wearing a protective suit holds a blood specimen of a traveller who returned from Da Nang city at a rapid testing center for coronavirus disease (COVID-19) outside Hanoi, Vietnam July 30, 2020. REUTERS/Kham Nearly 25,000 U.S. deaths this month U.S. coronavirus deaths rose by almost 25,000 in July and cases doubled in at least 18 states during the month, according to a Reuters tally, dealing a crushing blow to hopes of quickly reopening the economy.The United States has recorded nearly 1.8 million new cases in July out of its total 4.5 million infections, an increase of 66% with many states yet to report on Friday. Deaths in July rose at least 19% to a total of more than 152,000.The biggest increases were in Florida, with more than 300,000 new cases in July, followed by California and Texas with about 250,000 each. Those three states also saw cases double in June.Dr. Anthony Fauci, the top U.S. infectious disease expert, will testify on Friday before a coronavirus subcommittee in Congress, weeks after President Donald Trump’s administration first refused to let him address the panel.First virus death in VietnamVietnam recorded its first death from COVID-19 on Friday after winning plaudits worldwide for one of the most successful pandemic responses to containing the novel coronavirus outbreak.The country of 96 million had gone 100 days without infection before an unexpected cluster of new cases surfaced in the central and popular resort city of Danang a week ago.Vietnam’s health ministry on Friday reported 45 new infections in the city, marking the Southeast Asian country’s biggest single-day jump in cases since the beginning of the pandemic.The capital, Hanoi, has started mass coronavirus testing, shut bars and nightclubs, banned large gatherings, and urged tens of thousands of domestic travellers to report to authorities as the country scrambled to contain the fresh spread of the virus.Second wave?Britain imposed a tougher lockdown in swathes of northern England after a rise in the rate of novel coronavirus transmission, raising concerns that a second wave of the deadly virus could sow yet more turmoil.Britain reported its highest number of new COVID-19 infections in more than a month on Thursday, as ministers warned more quarantine restrictions were possible.Around 4 million people were ordered not to mix with other households in Greater Manchester, the biggest city in northern England, parts of West Yorkshire and East Lancashire, though they can still go to the pub and to work.“The problem with this virus is that it thrives on the social contact which makes life worth living,” Health Secretary Matt Hancock told Sky.Economic recovery looks shaky The world economic outlook has dimmed again, with still-rising coronavirus infections and the risk of renewed lockdowns increasing the chances that any rebound will reverse course, according to Reuters polls of more than 500 economists globally.The Federal Reserve has pledged endless stimulus to support the U.S. economy, which was a major growth engine for the global economy before the pandemic and now risks being the biggest drag, sending the dollar to a two-year low.With infections also on the rise elsewhere, including in Australia, India, Spain and Brazil, economists again cut this year’s economic prospects in the July 3-29 polls, which show the worst contraction on record for the world economy in 2020.Reuters polls since the start of the pandemic follow a pattern: repeated downgrades to the near-term outlook, with economists shifting an expected recovery in the second half of the year to 2021, flattening out an initial V-shaped assumption.Socially distanced prayers Muslims across Asia, taking precautions against the novel coronavirus such as wearing face masks and temperature checks, performed prayers on Friday to mark the festival of Eid al-Adha in mosques with reduced capacity as well as on the streets.In Indonesia, worshipers were advised to maintain social distancing during the prayers as the world’s biggest Muslim-majority country struggles to contain the spread of the virus.Indonesia’s religious ministry also asked mosques to shorten ceremonies this year, while many mosques cancelled the ritual of slaughtering livestock and distributing meat to the community.Instead the donated sheep, goats and cows will be killed in abattoirs to mark the ‘Feast of the Sacrifice’, celebrated by Muslims around the world to commemorate Prophet Abraham’s willingness to sacrifice his son Ismail at God’s command.