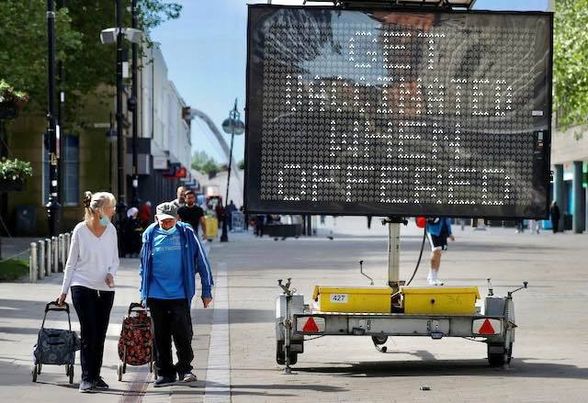 Nov 29 (Reuters) – Here’s what you need to know about the coronavirus right now:Omicron variant forces nations to rethink global travelThe global spread of the Omicron variant of coronavirus has brought new cases in Australia, Denmark, France and the Netherlands, prompting nations to reconsider plans for international travel as they scramble to avert an outbreak. The new B.1.1.529 variant has over 30 mutations in the part of the virus that current vaccines target and is suspected of driving a spike in new infections in South Africa. Countries from Indonesia to Saudi Arabia have imposed travel curbs for visitors from southern Africa to limit the spread. In the most far-reaching effort against the potentially more contagious variant, Israel is to ban the entry of foreigners and re-introduce counter-terrorism phone-tracking technology, it has said. Biden told it will take two weeks to have definitive data on Omicron variantThe top U.S. infectious disease official, Dr. Anthony Fauci, told President Joe Biden on Sunday it will take about two weeks to have definitive information on the new coronavirus variant Omicron that has sparked new travel restrictions and shaken financial markets. Fauci said he believes existing vaccines are likely to provide “a degree of protection against severe cases of COVID”, and officials reiterated their recommendation for vaccinated Americans to get booster shots, according to a readout of the briefing.The United States has recorded over 1.1 million new COVID-19 cases in the last 14 days, up 9% from the prior two weeks, Reuters data shows, with Michigan and Minnesota leading the nation in new cases, based on infections per 100,000 residents. Rising cases as colder weather forces more people indoors has also caused some hospital systems and U.S. states, including New York, to declare emergencies. read moreSingapore, Malaysia reopen land borderSingapore and Malaysia reopened one of the world’s busiest land borders on Monday, allowing vaccinated travellers to cross after nearly two years of being shut down due to the COVID-19 pandemic. Under the new arrangement, up to 1,440 travellers from each side can cross the land border each day without quarantine, if they hold citizenship, permanent residency or long-term visas in the destination country, according to guidelines published by the Singapore government.Travellers must test negative for COVID-19 before departure, and Malaysia also requires travellers to get an on-arrival test, a move Singapore followed on Sunday over concerns about the Omicron variant. As many as 300,000 Malaysians commuted daily to Singapore before the pandemic. S.African doctor says patients with Omicron variant have ‘very mild’ symptomsSouth African doctor Angelique Coetzee, a private practitioner and chair of South African Medical Association who was one of the first to suspect a different coronavirus strain among patients, said on Sunday symptoms of the Omicron variant were so far mild and could be treated at home. Coetzee, who is also on the Ministerial Advisory Committee on Vaccines, said unlike the Delta variant, so far patients have not reported loss of smell or taste and there has been no major drop in oxygen levels with the new variant.Her experience so far has been that the variant is affecting people who are 40 or younger. Almost half of the patients with Omicron symptoms that she treated were not vaccinated. “The most predominant clinical complaint is severe fatigue for one or two days. With them, the headache and the body aches and pain,” she said. Japan to bar foreign visitors; Australia reviewing plansJapanese Prime Minister Fumio Kishida said on Monday that Japan will bar entry to foreign visitors from Nov. 30 as the country seeks to respond to the spread of the new Omicron variant of the coronavirus. Japanese returning from a number of specified nations can enter but will have to quarantine in designated facilities, he said. Separately, Australia will review its plans to reopen borders to skilled migrants and students from Dec. 1, Prime Minister Scott Morrison said on Monday, after the country reported its first cases of the Omicron coronavirus variant. Two people who arrived in Sydney from southern Africa tested positive on Sunday for the newly identified variant as officials ordered 14-day quarantines for citizens returning from nine African countries.