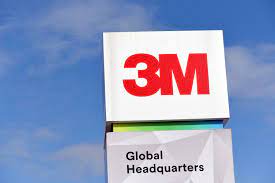 Sept 1 (Reuters) – Two U.S. military veterans on Thursday sued 3M Co (MMM.N) to block its planned spinoff of its healthcare business, which they called an illegal attempt to avoid compensating veterans for hearing damage caused by the company’s military-issue earplugs.The veterans said in a lawsuit in federal court in Pensacola, Florida, that the spinoff was “little more than a formalism” intended to “wall off” assets, violating a Florida law barring debtors from fraudulently transferring assets in order to shield them from creditors.The case is expected to go before U.S. District Judge M. Casey Rodgers, who is already overseeing more than 220,000 lawsuits over the earplugs and has been harshly critical of the company’s legal strategy.”Fortunately, the law does not allow companies to gift their assets to shareholders when doing so leaves them unable to pay their debts,” Ashley Keller, a lawyer for the veterans, said in a statement.3M spokesperson Tamara Sander said in an email “the suit is without merit and we will vigorously defend ourselves.”Thursday’s lawsuit comes after a bankruptcy court in Indianapolis rejected 3M’s bid to halt the cases before Rodgers and instead resolve the veterans’ claims through the bankruptcy of 3M subsidiary Aearo Technologies LLC, the original maker of the Combat Arms Earplugs version 2The veterans’ lawsuits, which allege that the earplugs failed to protect their hearing in combat or training, make up the largest mass tort litigation in U.S. history.Aearo filed for bankruptcy in July, agreeing to indemnify 3M against earplug claims and setting aside $1 billion to settle them. Rodgers called the attempted maneuver “naked duplicity.”The same day, 3M announced its plan to spin off its healthcare business, which accounted for about 25% of $35.35 billion in sales last year, into a new public company. Chief Executive Michael Roman told investors on a July 26 call that the spinoff and the Aearo bankruptcy were the result “separate … strategies and decisions.”The plaintiffs in Thursday’s lawsuit said the company had already depleted its cash reserves through dividends and stock buybacks, and that the spinoff would leave it unable to meet its earplug liabilities, which they said were at least $82 billion but likely much more.The company has lost 10 of the 16 earplug cases that have gone to trial so far, with about $265 million being awarded in total to 13 plaintiffs.