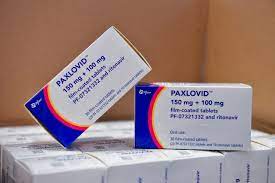 March 28 (Reuters) – Pfizer’s (PFE.N) oral COVID-19 therapy will be evaluated as a potential treatment for patients hospitalised with the illness in a major British trial, scientists said on Monday, as cases rise in some parts of the world.The world’s largest randomised study of potential medicines for COVID-19, dubbed the RECOVERY trial, will assess Paxlovid across hospitals in Britain, which has already approved the drug for early-stage treatment.”Paxlovid is a promising oral antiviral drug but we don’t know if it can improve survival of patients with severe COVID-19,” said Peter Horby, a professor at the University of Oxford and joint chief investigator of the RECOVERY trial.The scientists said they aim to mainly find whether Pfizer’s Paxlovid reduces the risk of death among patients admitted to hospitals with COVID-19.Earlier this year, the trial began testing a rival COVID-19 pill from Merck (MRK.N) for hospitalised patients as well. RECOVERY, led by the University of Oxford, will also probe whether Paxlovid shortens the length of hospital stay or reduces the need for a mechanical ventilator, they added.Paxlovid is part of a class of drugs called protease inhibitors, currently used to treat HIV, hepatitis C as well as other viruses, and works by stopping the virus from replicating. Pfizer, which is now testing Paxlovid for use in children, has said it expects more than $20 billion in sales from Paxlovid this year.Scientists behind the RECOVERY trial in 2020 showed that dexamethasone, a steroid, was able to save the lives of patients in a “major breakthrough” in the pandemic. They also discovered the effectiveness of treatments such as arthritis drug tocilizumab and antibody cocktail Ronapreve.