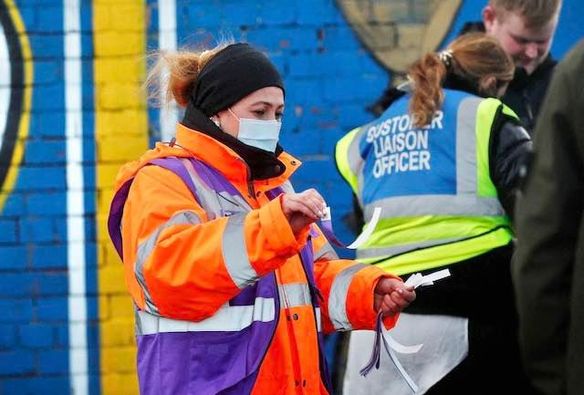 LONDON, Jan 6 (Reuters) – British Prime Minister Boris Johnson said on Thursday COVID-19 vaccines would not be made mandatory even though anti-vax campaigners were dissuading people from taking up the shots.Johnson said he wanted to persuade those people hesitating about the vaccines to get them, but the task was made harder by people spreading misinformation.”I want a voluntary approach in this country, and we’re going to keep a voluntary approach … Other European countries are going for coercion,” Johnson told reporters.”But what a tragedy that we’ve got all this pressure on the NHS (National Health Service) … and you’ve got people out there spouting complete nonsense about a vaccination … And I think it’s time that I, (and the) government, call them out on what they’re doing. It is absolutely wrong. It’s totally counterproductive.”