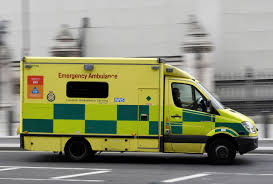 The United Kingdom’s hospital death toll from COVID-19 rose 847 to 14,576, as of 1600 GMT on April 16, the health ministry said.In all, 341,551 people have been tested of whom 108,692 tested positive, it added.“Today’s number of announced deaths indicates three things. Firstly, the UK is one of the hardest hit countries in the world from this first wave,” said James Naismith, director of the Rosalind Franklin Institute.“Secondly, the UK seems to have passed the peak for the first wave,” Naismith said. “Finally, we will likely see only a gradual decrease from the peak and this means we will see several hundreds of announced deaths every day for some time ahead.”The highest daily death toll reported in the United Kingdom was on April 9, when the government said 980 people had died. Since then the daily toll has declined slightly and was under 800 for much of this week, until it rose by 861 as of April 15.The death toll in English hospitals rose 738 to 13,134, the health service said.“30 of the 738 patients (aged between 34 and 92 years old) had no known underlying health condition,” it added.