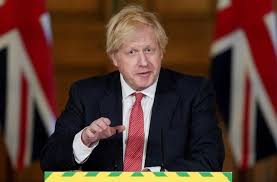 LONDON (Reuters) – UK Prime Minister Boris Johnson told the leaders of Scotland, Wales and Northern Ireland that rising COVID-19 cases were a cause for “great concern” and he was committed to working with the administration of each country to tackle the virus. Johnson called the first ministers of Scotland, Wales and Northern Ireland, and the deputy first minister of Northern Ireland, on Monday to discuss the situation, his office said. “He reiterated his unwavering commitment to working with the devolved administrations as we continue to tackle the virus,” a spokeswoman said. “They all agreed to act with a united approach, as much as possible, in the days and weeks ahead.”