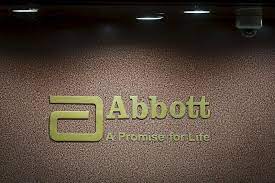 U.S. okays Abbott’s rapid COVID-19 test for at-home screenings in those without symptoms

(Reuters) – Abbott Laboratories said on Wednesday that U.S. regulators have cleared its rapid COVID-19 antigen test for over-the-counter, at-home use in people without symptoms, making the cheap and abundant tests more easily available for regular screening at schools and workplaces.

The Illinois-based company said it will begin shipping its BinaxNOW test to retailers in the coming weeks. It is among the most widely available COVID-19 tests in the United States and produces results in around 15 minutes. People will be able to purchase tests at stores or online without a prescription and administer them at home.

Abbott is still determining the exact price of the test when sold over-the-counter, though it will sell them to retailers for less than $10 each, a spokeswoman told Reuters.

“We’ve now accomplished what we set out to do when we launched BinaxNOW, which is to bring an accurate, affordable and readily available test to the American people that they can have on hand,” Chief Executive Officer Robert Ford said in a statement.

The U.S. Centers for Disease Control and Prevention recently relaxed guidance on school reopenings, suggesting students can sit only 3 feet apart in some cases, but it has said widespread testing is crucial to preventing outbreaks.

The guidance said school districts should expand screenings for students participating in sports or other extracurricular activities, and consider universal screening prior to athletic events.

Abbott’s test requires a relatively non-invasive nasal swab. It can be used frequently to screen asymptomatic people for COVID-19, according to the newly expanded authorization from the U.S. Food and Drug Administration.

The BinaxNOW test was approved in August 2020 for use when prescribed by healthcare professionals to people suspected of having COVID-19.Abbott currently produces about 50 million BinaxNOW tests per month at its U.S. manufacturing facilities.