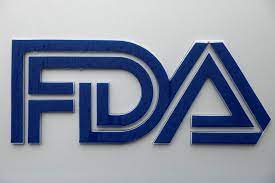 (Reuters) -The U.S. Food and Drug Administration and Johnson & Johnson are expected to announce as early as Friday that contamination problems at a COVID-19 vaccine plant in Baltimore are resolved and that vaccine production can resume, the Wall Street Journal reported on Thursday.

The FDA had halted production of J&J’s vaccine at the plant, run by Emergent BioSolutions Inc, in April after an inspection flagged numerous serious quality control and sanitary issues.

The regulator is now expected to give the plant an emergency use authorization to produce COVID-19 vaccine as early as Friday, the Journal said, citing U.S. officials.

As part of that arrangement to get the plant online, the United States government and J&J have tentatively agreed that about 60 million doses of J&J vaccines made at the Baltimore plant now will be cleared for use either in the United States or other countries, according to the report.

The plant has produced millions of doses that were in inventory awaiting authorization, but most aren’t finished and are placed in vials, the Journal said, adding it could take months before all those doses are ready for use.

J&J and Emergent declined to comment, while the FDA did not immediately respond to a request for comment.

Emergent had to toss out a batch of the J&J vaccine in March after it became contaminated with part of AstraZeneca Plc’s COVID-19 vaccine, which it was also making at the plant.

The U.S. government had then put J&J in charge of the plant and stopped the British drugmaker from using it.

Sanofi, GSK launch Phase III trial for their COVID-19 shot
What you need to know about the coronavirus right now