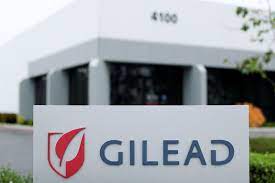 April 1 (Reuters) – The U.S. Food and Drug Administration on Friday approved expanded use of Yescarta, a cell therapy made by Gilead Sciences Inc’s (GILD.O) Kite unit, as a first option after chemotherapy for adults with an advanced, aggressive form of blood cancer.The one-time treatment was initially approved in 2017 for patients with large B-cell lymphoma who did not respond to at least two previous rounds of therapy.Yescarta is part of a class of treatments known as CAR-Ts, which involve taking immune system blood cells from a patient, shipping them to a plant to be re-engineered to better fight certain cancers and then returning them to the patient.The FDA’s decision will increase to around 14,000 from 8,000 the number of lymphoma patients eligible for the therapy, Christi Shaw, Kite’s chief executive, told Reuters last month in Philadelphia at Reuters Events: Pharma USA.The complex treatment has a U.S. list price of $399,000.”Current standard of care is a difficult process. … With today’s FDA decision, patients will have earlier access to this potentially curative treatment,” Lee Greenberg, chief scientific officer at the Leukemia & Lymphoma Society, said in a statement.Kite’s trial results showed that Yescarta improved the length of time patients stayed alive without serious complications by 60% over chemotherapy and stem cell transplant in second-line large B-cell lymphoma.The National Comprehensive Cancer Network, the most influential source of U.S. oncology treatment guidelines, has already listed Yescarta in the first category of treatments for those patients.The FDA said the drug’s label warns of a serious complication associated with CAR-T therapy called cytokine release syndrome, which can cause a range of dangerous symptoms including fever and neurological problems.Shaw said Kite’s biggest challenge remains getting U.S. oncologists to refer eligible patients to hospitals that are set up to administer cell therapies. About 100 treatment centers are authorized in the United States, and 270 worldwide, according to Kite.”Out of 10 eligible patients only two are actually getting cell therapy,” Shaw said. “Our job is to convince physicians to change their habits.”Kite is building a new CAR-T manufacturing site in Maryland, to expand capacity from current sites in Amsterdam and El Segundo, California.”That manufacturing piece really does matter,” Shaw said. “In cell therapy, it means the patient either does or doesn’t get their cells back. There’s not another bottle to take off the shelf for them.”Shares of Gilead, which rose slightly to close at $59.67 in regular trading, were little changed after hours.