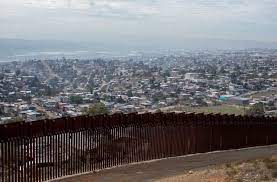 More than a thousand migrants who hope to reach the United States were vaccinated against COVID-19 on Thursday through a first-time effort made possible by a private donation of shots from a U.S. company, a shelter director said.

About 1,200 migrants, mainly from Central America, received the Pfizer-BioNTech (PFE.N) vaccine in the border city of Tijuana, said Gustavo Banda, director of the Ambassadors of Jesus shelter. He declined to give the name of the donor.”

This is positive, it is the first time it has been done,” Banda said. “It was extremely important to vaccinate migrants because we’re a long-stay shelter where they can spend many months, even a year.”

Reuters consulted several migrant shelters and did not find any other cases of migrants receiving vaccines.

The administration of U.S. President Joe Biden is dealing with a growing humanitarian crisis as more people reach the U.S. border. Authorities in Mexico, the United States and Central America have tightened border restrictions in recent months.

Mexico’s government, which has already received doses of AstraZeneca’s vaccine from the United States to supplement its vaccine campaign, has said it may ask for U.S. help in vaccinating people along their shared border. Mexican President Andres Manuel Lopez Obrador and U.S. Vice President Kamala Harris are due to explore ways of tackling undocumented immigration in talks on Friday.