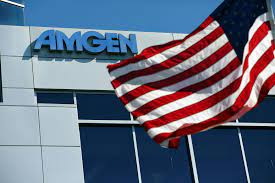 WASHINGTON, July 20 (Reuters) – The U.S. Justice Department unveiled a $1.2 billion healthcare fraud crackdown on Wednesday, revealing criminal charges against 36 defendants for alleged fraudulent billing schemes tied to telemedicine, genetic and cardiovascular testing, and equipment.The criminal charges, which were unsealed across 13 federal districts between July 11 through July 20, target clinical laboratory owners, marketers, medical professionals and telemedicine executives.Prosecutors said the schemes intended to bilk Medicare out of $1.2 billion, though the actual losses are closer to $440 million.”The cases announced today include charges against people who brazenly used Medicare funds to purchase luxury items, medical professionals who corruptly approved testing and equipment, and business owners who submitted false and fraudulent claims for services patients did not need,” Kenneth Polite, the head of the department’s criminal division, told Reuters in a statement.Separately, the Center for Medicare Services, part of the U.S. Department of Health and Human Services, took parallel administrative action against 52 companies involved in similar schemes.The alleged fraud schemes relate to both older and well-known billing and kick-back practices that target the Medicare program, as well as a burgeoning new fraudulent practice which involves “preying on patients’ fear of cardiovascular disease” by duping them into submitting to medically unnecessary cardiovascular disease screening tests, a Justice Department official told Reuters in an interview on Tuesday.Billing for such cardiovascular genetic tests has spiked in the past year, Justice Department officials added, noting that some of these tests get billed for as high as $10,000 each, with claims sometimes paying out as much as $8,000.The official said the total amount billed in the cases involving cardiovascular genetic testing fraud was $748 million, of which $223 million was paid. However, those figures also include billings for genetic cancer screenings that were tacked on as well.Prior to the pandemic, investigators were focused on schemes related to the billing of unnecessary purchases of durable medical equipment such as crutches and walkers, as well as genetic testing screenings to determine risks for developing inherited cancers.In a 2019 special report, Reuters reported that the U.S. was probing more than 300 matters involving genetic test schemes, in which seniors were tricked into providing a cheek swab to determine their risk for developing cancer.The tests were ordered by doctors who in many cases had no medical relationship to the patients and sent to labs. The tests were then billed to Medicare.One of the labs featured in the report was later raided by federal agents, as part of the government’s crackdown on genetic testing fraud in a takedown dubbed Operation Double Helix.Although telemedicine played a role in prior fraud schemes, its use has greatly expanded since the pandemic, as U.S. regulators relaxed certain rules to make telemedicine more accessible to patients.Since 2019, the department charged more than 200 defendants with telemedicine fraud and kickback schemes, representing a combined alleged total of $10 billion in intended losses.

Amid COVID shutdowns, Chinese women flock to skateboarding
Biden says he is ‘doing well,’ working after testing positive for COVID