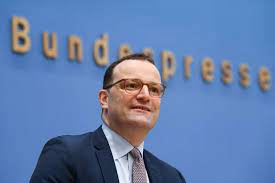 Health Minister Jens Spahn on Friday defended another U-turn by Germany on the AstraZeneca (AZN.L) vaccine, saying making it available to all adults who want it would protect more people against COVID-19 more quickly.

Spahn announced late on Thursday that Germany would make AstraZeneca available to all adults, subject to consulting a doctor, and allow people to get a second shot as soon as four weeks after the first. The move comes with an eye to the summer holidays and coincides with the rapid passage of legislation that would free those fully vaccinated from social distancing measures imposed to fight the pandemic. Germany had previously limited the shot from the Anglo-Swedish drugmaker to people over 60 after post-vaccination monitoring found rare – and sometimes fatal – cases of blood clotting, with younger women disproportionately affected.

Before that, its vaccine oversight body had said the shot could not be given to the elderly because of a lack of data from clinical trials.

With 70% of older people now inoculated and Germany’s vaccination drive gaining momentum, Spahn said the latest step on AstraZeneca would offer a vaccination option to people who would otherwise have to wait.

“We are convinced this offer is attractive for those who would otherwise not get vaccinated so quickly,” Spahn told a news conference, adding that 1 million AstraZeneca doses would be sent to doctors’ practices next week.

THE SOONER, THE WORSE?

The decision by the federal government follows moves by several German states to make AstraZeneca more widely available and comes as the pace of giving shots of mainstay vaccines from BioNTech/Pfizer and Moderna picks up.

The share of the population that has received a first vaccine shot has reached 31.5%, with 900,000 getting a dose on Thursday, putting Germany “in the fast lane” by international standards, said Spahn.

He said the third wave of the coronavirus pandemic “appears to be broken” while Germany’s top public health official, Lothar Wieler, said infections were falling across all age groups thanks to social distancing and the progress on vaccinations.

However, experts criticised the decision to allow people to receive the AstraZeneca vaccine at shorter intervals, saying studies had shown its efficacy to be only around 55% with a four-week gap and 80% with a 12-week delay to the second shot.

“We have to make it clear that if people shorten the gap between AstraZeneca doses to enjoy greater freedom of movement sooner, they are doing so at the cost of their immune protection,” said Carsten Watzl, professor of immunology at the Dortmund Technical University.

Spahn said this was a decision that people should take with proper advice, a view seconded by Robert Koch Institute head Wieler.

“We know that the longer the gap before the second shot the better the protection,” Wieler said. “This is an informed decision people can take in consultation with their doctors.”