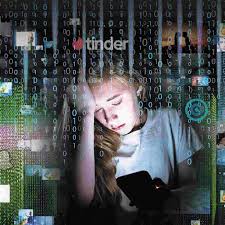 Internet based Health Information in Context

Teens may be misled by crisis pregnancy center websites

Teens are likely to find false information about condoms, sexually-transmitted infections (STIs) and other sexual health issues published on crisis pregnancy center websites, according to a new U.S. study.

The so-called crisis-pregnancy centers are run by private organizations, but listed in state resource directories for pregnant women, which implies to users that the information is reliable, researchers say.

In a previous study, the same research team looked at the accuracy of information about abortion on crisis pregnancy center websites and found the sites contained false and misleading information and often target young people with offers of free testing.

“We wanted to explore the target audience for these websites further, and assess the accuracy of sexual health information provided,” said lead author Katelyn Bryant Comstock, of the Gillings School of Global Public Health at the University of North Carolina at Chapel Hill.

Nearly 90 percent of young people ages 13 to 24 use the internet as their main source of sexual health information, Bryant Comstock’s team writes in the Journal of Pediatric and Adolescent Gynecology.

The researchers evaluated the crisis pregnancy center websites to determine whether information was given on condoms, STIs and other sexual health issues, as well as the accuracy of the information. They also analyzed whether the websites were appealing to younger audiences.

About one third of the websites offered information about male condoms or STIs, but less than 10 percent encouraged condom use to prevent pregnancy and infections. The majority, about 64 percent, in fact discouraged condom use by suggesting that condoms are not very effective.

Nearly half of the websites said abstinence should be practiced until marriage and 45 percent claimed that marriage is protective against STIs.

The researchers report that around 92 percent of the websites with information about condoms had pictures or videos of young people on the homepage. More than a third of the websites had social media buttons prominently displayed, a means of targeting young people, according to the study team.

“Because these websites appear in official state documents, adolescents may believe the websites have accurate sexual health information,” said Bryant-Comstock.

“The internet is ripe with misinformation, especially when it comes to reproductive health,” Goesling, who was not involved in the new study, said in an email.

“When teens rely solely on the medical information they find online, they put themselves at risk for unintended pregnancy, STIs, and other health risks,” he added.

Bryant-Comstock advised that parents should be aware “their children may be accessing these sites when searching for sexual health information, and they should provide materials and guidance on appropriate sources of accurate information.”

She recommended Planned Parenthood and the U.S. Centers for Disease Control and Prevention as reliable sources and also suggested more teen-centered websites such as Scareleteen.com and Stayteen.org.

Goesling cautioned that the best resource for health information is a trained professional. “Teens should not consider the internet a replacement for qualified nurses and doctors,” he said.

More in Internet based Health Information in Context