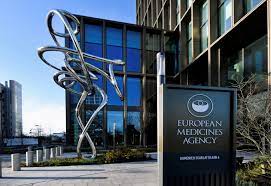 Take  whatever COVID booster you can get, says head of EU drugs watchdog

FRANKFURT/LONDON, Sept 14 (Reuters) – People in Europe should take whatever COVID-19 booster is available to them in the coming months, Emer Cooke, Executive Director of the European Medicines Agency (EMA), said in a Reuters Next Newsmaker interview ahead of an expected autumn rise in infections.Apart from the original COVID vaccines, the EMA has endorsed a number of Omicron-adapted vaccines in recent weeks.”The approach that we’ve taken in Europe is to have a plurality of options because we recognize that the needs in different member states may be different,” she said, suggesting that countries will likely kick off their campaigns at different times or combine their rollouts with flu shots.People may have the opportunity to choose their booster, Cooke said, “but really, a lot depends on what’s available in your jurisdiction.””My message is have confidence in whatever vaccines are offered to you,” she added.In an interview with weekly WirtschaftsWoche on Friday, the head of the German association of family doctors, Ulrich Weigeldt, criticised the approval of two different types of variant-adapted vaccines.”Patients are confused and have a lot of questions about the new vaccines,” he was quoted as saying.The EU drug regulator initially cleared so-called bivalent shots directed at the BA.1 version of Omicron and the original virus first detected in China, developed by Moderna (MRNA.O) and the team of Pfizer (PFE.N) and BioNTech (22UAy.DE).Then on Monday, the EMA recommended a COVID-19 booster designed to combat the currently circulating Omicron BA.4/5 subvariants.The go-ahead for the BA.4/5 shot was based on lab analysis while testing on humans continues, as well as on results from tests of BA.1 vaccines in people which allowed for encouraging conclusions to be drawn for the BA.4/5 vaccine, the EMA has said.In contrast, the U.S. Food and Drug Administration insisted it was only interested in vaccines targeting BA.4/5. In recent weeks, Pfizer-BioNTech and Moderna secured U.S. authorization for those.There are worries that uptake of the latest boosters could be limited, as people have become less worried about the disease, thanks in large part to the success of the first generation of shots.Experts also worry that the public may be suffering from vaccine fatigue and less likely to seek boosters, which could be a fourth or fifth COVID shot for some.According to data compiled by the European Centre for Disease Prevention and Control (ECDC) the adoption of boosters has fallen dramatically.The uptake of the first booster was 83.9% and 64.8% among those aged 60 years and over and 18 to 59 year olds respectively, but for the second booster that dropped to 15.1% and 7.8% respectively, according to the ECDC.END IN SIGHTThe COVID-causing virus, which emerged in China in late 2019, has killed nearly 6.5 million people and infected 606 million, roiling global economies and overwhelming healthcare systems.On Wednesday, World Health Organization (WHO) chief Director-General Tedros Adhanom Ghebreyesus suggested that the end of COVID was in sight, although “we are not there yet.” Weekly deaths have dropped to around 2,800 in Europe following a summer surge that led to more than 6,000 deaths per week in the region, driven by the highly infectious Omicron subvariants BA.4 and BA.5, according to WHO data.There is always a risk of a new variant around the corner, Cooke said, adding that how things go this autumn/winter will help determine what pattern, if any, future boosters will take.