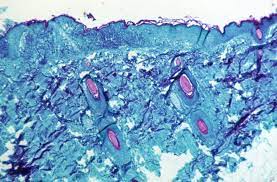 LISBON/MADRID, May 20 (Reuters) – Health authorities in Portugal and Spain on Friday reported respectively nine and 14 new confirmed cases of monkeypox on Friday, bringing the total number of cases in each country above 20, the outbreak’s highest tallies so far.Twenty-three confirmed cases have now been identified in Portugal, while 21 cases have been reported in Spain.Another 21 suspected cases are under investigation in Spain, 19 in the Madrid region, one in the Canary Islands and one in Andalusia, the health authority said.Monkeypox is a usually mild viral infection. Symptoms include fever, headaches and skin rashes. Several cases have been detected in Britain – where authorities are offering a smallpox vaccine to healthcare workers and others who may have been exposed – and others in other parts of Europe, including France, Italy and Belgium. Spain is assessing different therapeutic options, such as antivirals and vaccines, but so far all cases have mild symptoms and therefore no specific ad hoc treatment has been necessary, Spanish Health minister Carolina Darias told reporters on Friday.The Portuguese cases remain under clinical follow-up but none have been hospitalized as they are all stable, the health authority said.