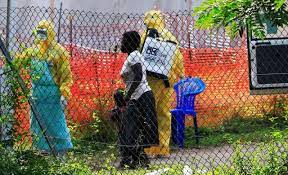 Serum Institute to produce Ebola vaccine for use in Uganda outbreak

Oct 17 (Reuters) – The Serum Institute of India plans to manufacture 20,000 to 30,000 doses of an experimental Ebola vaccine by the end of November for use in trials against an outbreak in Uganda, its developers and a company source said.

The response to Uganda’s outbreak has been blunted by the absence of a proven vaccine against the Sudan strain of the virus.

There have been 54 confirmed cases and 19 deaths since last month and the first case in the capital, Kampala, was recorded last week. But health authorities believe the actual numbers could be higher.

Vaccines against the more common Zaire strain of Ebola have proven highly effective during recent outbreaks in neighbouring Democratic Republic of Congo.

Oxford University’s Jenner Institute, which developed a COVID-19 vaccine with AstraZeneca (AZN.L), has an Ebola vaccine that has been shown to induce an immune response to both the Sudan and Zaire strains in Phase 1 trials.

Its developers said it could be deployed in Uganda as part of a clinical trial once the authorities there gave regulatory approval.

“We are working very closely with Serum Institute to rapidly scale up the manufacture of this vaccine,” said Teresa Lambe, the chief scientific adviser on Ebola at the Jenner Institute.

A source at the Serum Institute, the world’s biggest vaccine maker and part of a conglomerate run by Indian billionaire Cyrus Poonawalla, confirmed this information. The source said the Ebola vaccine doses would be supplied free of cost.

Uganda’s Information Minister Chris Baryomunsi said in an interview on Saturday that he did not have any information on a vaccine rollout but that the outbreak was under control.

President Yoweri Museveni said the same day that the government would implement an overnight curfew and restrict movement into and out of two districts in central Uganda affected by Ebola for 21 days.

There are at least six vaccines in development for the Sudan strain, including three with Phase 1 data, according to WHO.

The Oxford researchers voiced frustration that their vaccine was not ready to be rolled out when the outbreak hit, saying governments around the world had not made investing in vaccines enough of a priority in the wake of the COVID-19 pandemic.

The vaccine has been in development for several years but its progress through clinical trials has been slowed by funding shortfalls, they said.

“With better investment the world could easily have ready-made vaccines sitting in vials for this and a number of other diseases,” said Sandy Douglas, an investigator at the Jenner Institute.

“We’re spending a couple of months now playing catch up on work that could have been done ahead of time.”