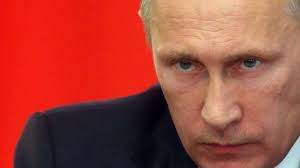 Russia has signed deals to supply South Africa and seven Latin American countries with an anti-viral drug Russian authorities have approved to treat COVID-19, its sovereign wealth fund said on Monday.The Russian Direct Investment Fund (RDIF) said that at least 150,000 packs of the drug, known as Avifavir, would be sent to Argentina, Bolivia, Ecuador, El Salvador, Honduras, Paraguay and Uruguay. The drug will also be supplied to South Africa, RDIF said in a statement.Technology to make the drug would be transferred to Bolivia’s Sigma Corp S.R.L. for it to be produced locally, RDIF said.The Russian health ministry gave its approval for the drug’s use under a special accelerated process in May.

Long-term complications of COVID-19 signals billions in healthcare costs ahead – Reuters
Global recovery could be faster if COVID vaccine made available to all: WHO chief – Reuters