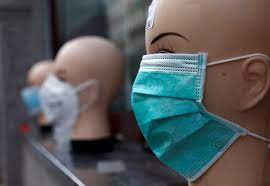 Researchers seek powerful antibody against many variants; breakthrough cases may be less infectious

Aug 23 (Reuters) – Here is a summary of some recent studies on COVID-19. They include research that warrants further study to corroborate the findings and that have yet to be certified by peer review.

Researchers working toward one vaccine for many variants

Two separate research teams last week reported on laboratory tests of monoclonal antibodies that appear to protect against a broad range of COVID-19 virus variants. One study, published on Wednesday in The New England Journal of Medicine, identified “high-level, broad-spectrum” antibodies in blood samples from survivors of the original SARS outbreak in 2003 who recently received the Pfizer/BioNTech vaccine against SARS-CoV-2, the virus that causes COVID-19. In test tube experiments, some of the SARS survivors’ antibodies induced by the vaccine could neutralize not only all of the current SARS-CoV-2 variants of concern, but also five viruses that have been identified in bats and pangolins and that have the potential to cause human infection. In a separate study, published on Thursday in the journal Immunity, another research team describes an antibody that was highly protective at low doses against a wide range of COVID-19-causing variants in mice. “The antibody attaches to a part of the virus that differs little across the variants, meaning that it is unlikely for resistance to arise at this spot,” the authors said. The findings from these studies could be a step toward developing new antibodies that would be effective against multiple different coronaviruses, the two teams say.

Infectious virus shedding may be lower in breakthrough cases

Vaccinated people who get infected with COVID-19 have high levels of the virus in their noses and throats but not all of that virus is infectious, a new study suggests. Among 24,706 vaccinated healthcare workers in The Netherlands, 161 developed mild or asymptomatic breakthrough infections, mostly due to the Delta variant of the coronavirus. The viral levels on nose-and-throat swab samples from these patients were just as high as in unvaccinated healthcare workers who were infected last year with the original strain of the virus. But in test tube experiments, the virus from vaccinated patients was less efficient at reproducing itself than virus from unvaccinated patients, probably because some of it had been neutralized by antibodies from the vaccine, the researchers speculate. In a report posted on medRxiv on Saturday ahead of peer review, they conclude that shedding of infectious virus is reduced in breakthrough cases, although patients are still contagious.

Protective antibody levels decline faster in recipients of the mRNA COVID-19 vaccine from Pfizer/BioNTech than in COVID-19 survivors, according to doctors at one of Israel’s largest HMOs. They tracked antibody levels in 2,653 adults who received two doses of the vaccine and in 4,361 COVID-19 survivors who were never vaccinated. Antibody levels fell by up to 40% per month in vaccinated participants, versus less than 5% per month in so-called convalescents. After six months, about 84% of vaccine recipients still had detectable antibodies, whereas roughly 90% of convalescents still had detectable antibodies after nine months. Dr. Ariel Israel of Leumit Health Services, coauthor of a reported posted on Sunday on medRxiv ahead of peer review, noted that antibodies are not the immune system’s only weapon against the virus. Still, he said, the data suggests that antibody protection in Pfizer vaccine recipients wanes at a higher rate than in COVID-19 survivors. Leumit researchers had previously reported that breakthrough infection rates increase starting about five months after vaccination. Dr. Israel said the combined data argues for a booster shot five months after the second injection, especially for high-risk individuals.