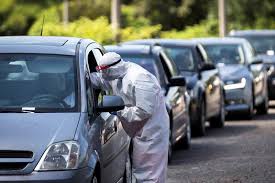 The Polish government will consider new restrictions for certain parts of Poland with the most new coronavirus cases, a government official said on Friday, after the number of new cases rose by a record amount for the second successive day.The Health Ministry reported 657 new cases and seven deaths, taking the total number of cases since the pandemic began to 45,688 and the death toll to 1,716.Poland has reported fewer cases of COVID-19 than some other European countries, but the number of new infections is now climbing. While a crisis meeting was held on Friday, no new immediate measures were announced.“Limits could cover certain counties, the ones that have the biggest problems when it comes to a rise in infections,” Poland’s government spokesman Piotr Muller told a press conference on Friday, without specifying the areas.Of the new cases, 227 were in the Silesia region, where there has been an outbreak among coal miners.Muller also said that restrictions would unlikely be nationwide and that the government would explore imposing quarantine measures on travellers from certain countries also facing a rapid growth in new cases.Health Minister Lukasz Szumowski told private broadcaster Polsat News that new regulations could include an obligation in some counties to register weddings with authorities and inform them about who was attending.Szumowski said he expected the number of new daily cases to remain around 500-600 during the coming week before starting to fall.