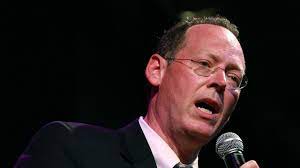 Feb 21 (Reuters) – Paul Farmer, an American doctor and anthropologist dedicated to improving public health in some of the world’s poorest countries, died unexpectedly in his sleep in Rwanda, the group he founded said on Monday. He was 62.Farmer founded Partners in Health in Haiti in 1987 and served as chief strategist to the group, which has provided millions of outpatient visits, women’s health checkups and home visits in 12 countries, according to its website.Former U.S. President Bill Clinton in a statement praised Farmer’s “pioneering work” that “fundamentally changed the way health care is delivered in the most impoverished places on Earth.”In 1983, while a student, Farmer became committed to Haiti after working with dispossessed farmers, according to his biography from Harvard University, where he earned his medical degree and a PhD in anthropology.After a year in rural Haiti, Farmer said he had “no doubt that serving as a doctor in a clinical desert would save lives.””We were watching young people die of AIDS but also eminently treatable diseases such as tuberculosis,” he said upon receiving the 2018 Public Welfare Medal from the National Academy of Sciences.Farmer was also chair of Global Health and Social Medicine at Harvard Medical School and chief of the Division of Global Health Equity at Brigham and Women’s Hospital in Boston.Samantha Power, administrator of the U.S. Agency for International Development, called him a “giant” and said his death was “devastating news.””Paul Farmer gave everything – everything – to others,” Power said on Twitter.