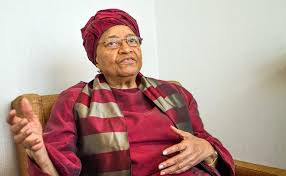 An independent panel reviewing the global response to the COVID-19 pandemic will ask “hard questions” and has been assured of access to the records of the World Health Organization (WHO), its co-chairs said on Thursday. Former New Zealand prime minister Helen Clark and former Liberian president Ellen Johnson Sirleaf named the 11 members they have selected to help prepare a final report for next May. “This is a strong panel, poised to ask the hard questions,” Johnson Sirleaf told a news conference. It will examine “actions of WHO and their time lines pertaining to the COVID-19 pandemic” and the effectiveness of WHO’s International Health Regulations, said Johnson Sirleaf, a Nobel Peace Prize laureate .Co-chair Helen Clark said the WHO had “made clear that their files are open book. Anything we want to see, we see. ”“We will ask with the benefit of hindsight how WHO and national governments could have worked differently,” Clark said. “Are there lessons to be learned in order not to repeat the experience of this pandemic? ”The COVID-19 pandemic has now caused more than 26.11 million infections and 862,963 deaths, according to a Reuters tally .U.S. President Donald Trump’s administration has strongly criticized the WHO’s role in the crisis, accusing it of being too close to China and not doing enough to question Beijing’s actions late last year when the virus first emerged. Tedros has dismissed the suggestions and said his agency has kept the world informed .The Trump administration said on Wednesday that it will not pay some $80 million it currently owes to the WHO and will instead redirect the money to help pay its United Nations bill in New York. Members of the new panel include former Mexican president Ernesto Zedillo; ex-British foreign secretary David Miliband; Chinese professor Zhong Nanshan; Canada’s Joanne Liu, a former head of Medecins Sans Frontieres (Doctors Without Borders); and American Mark Dybul and France’s Michel Kazatchkine, who each formerly headed the Global Fund to Fight AIDS, TB and Malaria. The panel is scheduled to meet for the first time on Sept. 17, the co-chairs said. WHO Director-General Tedros Adhanom Ghebreysus said when announcing the launch of the panel in July that it would provide an interim report to an annual meeting of health ministers resuming in November and present a “substantive report” next May. Tedros said that the review was in line with a resolution adopted by its 194 member countries last May calling for an evaluation.

How to prepare for a school year like no other – Reuters
Sanofi, GSK launch trial for COVID-19 protein-based vaccine – Reuters