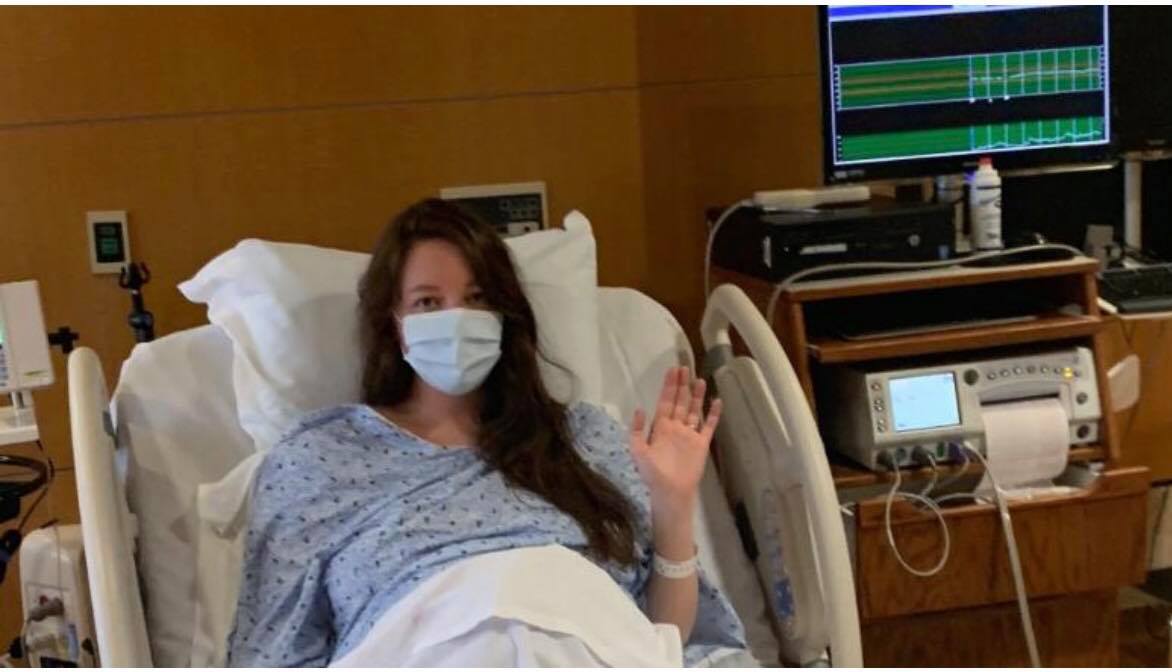 A small study of 16 pregnant women who tested positive for Covid-19 found evidence of injury to the placenta, the organ that acts as the gut, kidneys, liver and lungs for a fetus during pregnancy.Pathological exams completed directly following birth found evidence of insufficient blood flow from the mother to the fetus and blood clots in the placenta.That might interfere with the placenta’s role in delivering oxygen and nutrients from the mother’s blood stream to the growing baby and removing waste products from the baby’s blood.”Not to paint a scary picture, but these findings worry me,” said Northwestern Medicine obstetrician Dr. Emily Miller, coauthor of the study published Friday in the American Journal of Clinical Pathology, in a statement.Despite following only 16 women, the authors said the study is the largest examination of the health of placentas in women who tested positive for Covid-19 done to date.”I don’t want to draw sweeping conclusions from a small study, but this preliminary glimpse into how Covid-19 might cause changes in the placenta carries some pretty significant implications for the health of a pregnancy,” said Miller, an assistant professor of obstetrics and gynecology at Northwestern University Feinberg School of Medicine.“We must discuss whether we should change how we monitor pregnant women right now,” Miller said, which she said might be done by testing the oxygen delivery of the placenta during the pregnancy and following the growth of babies via ultrasounds.”I was surprised the author started talking about changes in care based on this study,” said Dr. Denise Jamieson, who co-wrote the physician practice advisory for the American College of Obstetricians and Gynecologists and was not involved in the new study.“There are all sorts of risks in doing additional screening and testing, which can result in unanticipated outcomes,” said Jamieson, who chairs the department of gynecology and obstetrics at Emory University School of Medicine in Atlanta.”I don’t think we should jump the gun,” Jamieson added. “This study raises more questions than it answers. Looking at the placenta will help us understand what’s going on in pregnancy, but I think we need to be careful about jumping to what that means clinically in terms of care of pregnant women with Covid-19.”No harm to the babies” While research on infants born to mothers infected with Covid-19 is just starting, so far the virus doesn’t appear to be creating any “terribly concerning pregnancy outcomes the way we’ve seen with some other viral infections,” Jamieson said.The same was true in this new study, where the newborns were “healthy, full-term, beautifully normal babies,” Miller said, although blood flow was blocked and “many of the placentas were smaller than they should have been.”However, placentas are built with an “enormous amount of redundancy,” Miller said.”Even with only half of it working, babies are often completely fine.”Senior author Dr. Jeffrey Goldstein, an assistant professor of pathology at Northwestern University Feinberg School of Medicine, agreed.”It doesn’t appear to be inducing negative outcomes in live-born infants, based on our limited data,” Goldstein said.Fourteen of the live-born infants in the study were born full term and with normal weights and Apgar scores. One live-born infant was premature.One patient suffered a miscarriage in the second trimester, but she “was asymptomatic, so we don’t know whether the virus caused the miscarriage or it was unrelated,” Goldstein said.What should a mother-to-be do?Talk over any concerns with your personal obstetrician-gynecologist, experts said. Take the same precautions that are being recommended for everyone: Wash your hands, don’t touch your face, wear a mask when you go out.”And then I think it’s a great time for pregnant women to ask family members to run errands, fill up their gas, get groceries for them,” Jamieson said. “I think there are a whole lot of great reasons to pamper pregnant women — and I think now is a better time than ever for pregnant women to ask and receive assistance.”And don’t worry unnecessarily.”There’s increasing evidence that pregnant women may not be more severely affected by Covid-19 than the rest of us, which we had worried about at the beginning of the pandemic,” Jamieson said.”But Covid-19 is still a severe disease in pregnancy that needs to be taken seriously and studied carefully.”

WHO pauses trial of hydroxy chloroquine in COVID-19 patients due to safety concerns – Reuters
Getting the nation fit and healthy – Tackling Obesity – U.K.