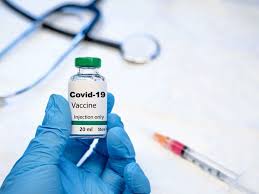 U.S. drug developer Novavax Inc (NVAX.O) said on Monday it started a mid-stage study of its experimental COVID-19 vaccine in South Africa, as the country experiences a surge in coronavirus cases. South Africa is the fifth worst affected country with 583,653 coronavirus cases and 11,677 deaths, according to a Reuters tally. “Because South Africa is experiencing a winter surge of COVID-19 disease, this important Phase 2b clinical trial has the potential to provide an early indication of efficacy,” Novavax research chief Gregory Glenn said. The trial of Novavax’s NVX-CoV2373, backed by a $15 million grant from Bill & Melinda Gates Foundation, was being conducted in two separate groups, one comprising 2,665 healthy volunteers and the other, 240 HIV-positive adults. Novavax expects its vaccine, once approved, would be supplied to South Africa through a deal signed earlier this year with the Serum Institute of India to develop and commercialize NVX-CoV2373.The vaccine candidate is one of nearly 30 globally being tested in human clinical trials. Early-stage data from a small clinical trial of the vaccine has shown that it produced high levels of virus-fighting antibodies, and the company aims to begin larger studies to obtain regulatory approvals as early as December. Novavax intends to begin Phase 2 of the small clinical trial in the United States and Australia in the near future and said it would include about 1,500 candidates. It also aims to begin Phase III as soon as late September. The U.S. government in July awarded Novavax $1.6 billion to cover testing its potential coronavirus vaccine in the United States and manufacturing with the aim of delivering a 100 million doses by January.