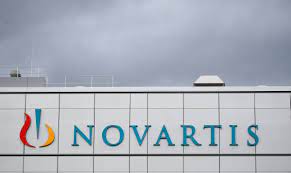 (Reuters) – Novartis AG said on Wednesday it had agreed a deal with Britain’s healthcare service provider for use of the drugmaker’s new anti-cholesterol drug Leqvio, after the country’s healthcare cost agency NICE approved the medicine.

The agreement, whose value was not disclosed, will help with wide access to the Swiss drugmaker’s medicine through Britain’s National Health Service (NHS) for people at risk of heart disease and for whom conventional treatment has not worked.

The deal, which builds on a pact signed in 2020 here, is a win for Novartis after U.S. authorities last year declined here to approve the drug, which the drugmaker bought in 2019 for nearly $10 billion and expects to be a top seller.

About 300,000 patients at high risk of a second cardiovascular incident are expected to be treated with the medicine over three years, Novartis said on Wednesday.

Heart disease is a big killer in Britain and the NHS has made fighting cardiovascular disorders one of its long-term priorities.

Britain’s NICE, which determines if medicines should be used in the NHS, has recommended Leqvio’s use and eligible individuals will be identified via NHS’s network.

Leqvio, whose chemical generic name is inclisiran, is a twice-yearly injection that targets “bad cholesterol,” a culprit behind heart attacks and strokes, and has been approved in Europe.

It is an add-on therapy for those patients whose cholesterol levels do not respond adequately to statins.

“Having faster and broader access to a medicine like inclisiran … is a hugely positive milestone in patient care,” said Kausik Ray, a professor of public health at Imperial College London and consultant at the imperial college NHS Trust.

Around 7.6 million Britons have heart and circulatory diseases, which account for about a quarter of all deaths annually in the country, according to the British Heart Foundation.