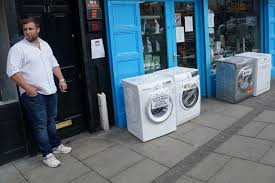 Northern Ireland tightened restrictions on the size of gatherings as it faces a rise in new cases of COVID-19.Outdoor gatherings will from next week be limited to 15 people, reduced from 30, while indoor gatherings in private dwellings are now limited to six individuals from two households, from 10 previously. Events such as weddings, church services and sporting events can be bigger if there is strict social distancing. The British region’s Department of Health reported on Thursday that 51 people tested positive for COVID-19.No new deaths were reported, but the region’s Health Minister, Robin Swann, said the reproduction rate, or the number of people who become infected from each positive case, was likely to be around 1.3. Whenever the reproduction rate is above 1, the epidemic is increasing. “These are not decisions I wanted to take, but decisions I had to take,” Swann said. “Unless we take action now I fear we will be too late to arrest the further extensive spread of the virus. ”The total number of confirmed positive cases in the region is now 6,556, and the total number of deaths is 559. Northern Ireland’s population is about 1.9 million. Earlier this month, Northern Ireland ordered citizens to wear facemasks indoors and halted a plan to reopen all pubs. Until September at least, bars may open only if they serve food. The new restrictions on the size of gatherings are in line with similar limits imposed by the neigbouring Republic of Ireland on Tuesday.